Graham Joyce has lost his fight with cancer.
The world is a less-well-lit place, now.

Graham was the first -and to this day, only – writer I’ve ever shamelessly fangirled, interrupting him at a solo lunch at World Fantasy to tell him how much I lovedÂ REQUIEM.

The next time I saw him, a year later, he was deep in conversation with someone else, so I didn’t interrupt – and forever after he teased me about that, saying I was a love ’em and leave ’em girl.

That was eighteen years ago (!). Â Graham was smart, and sharp, and funny, and his books more often than not left me in thoughtful tears at the end, for the sheer beauty of what he could say – and not say – with his prose. Â And fuck cancer, for taking all that away from us.

In memory: a photo taken many years ago at Necon, wherein Christopher Golden tried to turn cricket-playing Graham into a softball player (it didn’t take very well – he kept forgetting to drop the bat when he ran for first base). 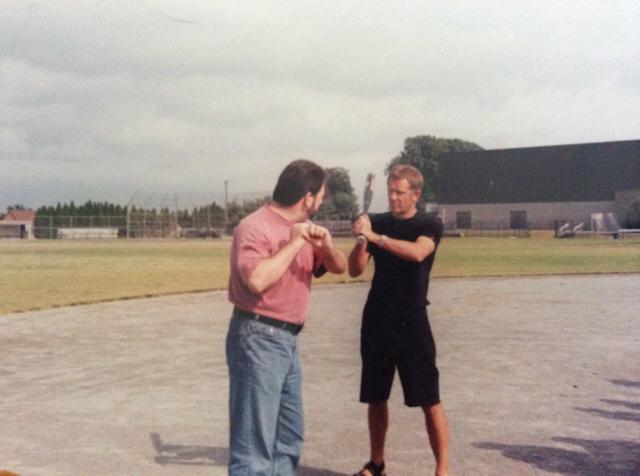