The gig at Mysterious Galaxy was great fun, and getting to know my co-conspirator Cat Winters was also fun. We left the place standing, if listing slightly, and with a few signed copies for anyone who couldn’t make the reading.

But the day was kind of thrown akilter (in a good way) by the news that NPR had reviewed SILVER ON THE ROAD. And despite a few phrases that made me blink in bemusement (no, sir, I am not a devotee of Campbell), overall it made me very very happy.

The book has an internal logic that holds together. The strangeness feels honestly strange, but rooted in the land like it’d been living there far longer than there have been eyes to appreciate it. The magic feels real and dirty and grounded and dangerous and uncontrollable. The Boss is a force whose influence holds the Territory together. And the people who populate Gilman’s west seem sufficiently steeped in this mess of Christian theology, Native American shamanism, homespun desert magic and a healthy dose of purely American Weird that suddenly seeing a talking rattlesnake on the trail spouting doom-y prophecy only counts as maybe the third or fourth creepiest thing that might happen to them in a day.

All of which makes Silver take on the sheen and weight of forgotten history. Lost in the middle of the story, you’ll feel somehow that you’ve always known the Devil wore a suit and ran a gambling house back in six-gun times, that he once sent a sixteen year old girl out into the world to fight monsters for him â€” and it’s that echo in the brain that makes the thing hard to put down, because reading Silver on the Road is not like falling into some new and unfamiliar world.

It’s more like a true American myth being found.

…yeah. Â My job here is done (at least until the next book, anyway). 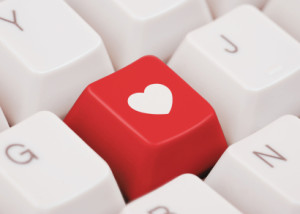