When Kevin Anderson approached me about being part of the Storybundle for his Disasters collection, I was surprised – because I’d never thought of DRAGON VIRUS in that way before. I mean, disaster books are action-adventure stories, as a rule. DRAGON VIRUS has action, and it has adventure, and courage and tragedy and all that, but…a disaster story?

Well, yes. Â Once I’d thought about it, yes.

From the extinction-bent Wheelies to the families struggling to survive when the rules keep changing, DRAGON VIRUS is about disaster… and how nothing emerges – or survives – unchanged. And how, scary as it seems at the time, no matter how we despair, change isn’t the end.

Don’t believe me? Pick up a copy a DRAGON VIRUS via Storybundle, and discover for yourself. And while you’re at it, pick up ten other novels of disaster, courage, and change, too… 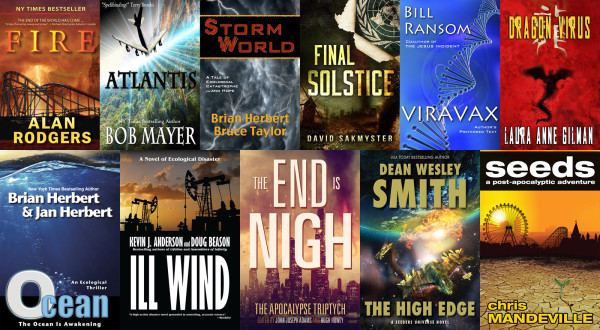 Previous Post: Publishers Weekly on SILVER ON THE ROAD….
Next Post: We’re on the SILVER standard, here…