On Monday I realized I’d written myself down the wrong path. Not far, maybe a thousands words or so, but I was coming off the high of an amazing scene, and I let the lizard brain jump to the next amazing thing and it wasn’t until several pages later that I thought – no. This doesn’t work, this won’t lead us to where we need to be.

So I stopped, and put it aside, let the high fade so I could look at the two scenes with a clearer eye.

Tuesday, I threw many of those words out, and tried to find the right path. It wasn’t Â happy-making, but my gut is never wrong when it says “pull over, you took the wrong turn.”

Today, I had lunch with a fellow writer, wherein we talked about the fact that our WiPs are similar in tone, style, and approach, and determined that yes, there is a term for that sort of book, and a history, and even someone we can sort of flail at as a “founder” Â (and there may be more of that later, as things gel). Â And then I went off, fully intending to tear apart the first hundred or so pages of the WiP to see where I’d gone wrong, and instead found myself tearing apart the existingÂ outlineÂ for the second half of the book (for the third time) and…

huh. Â  Stuff fell out of my brain and into the story, and suddenly everything I’ve done up to now makes sense, and the reason I’d stumbled so hard on Monday was to lead to this… 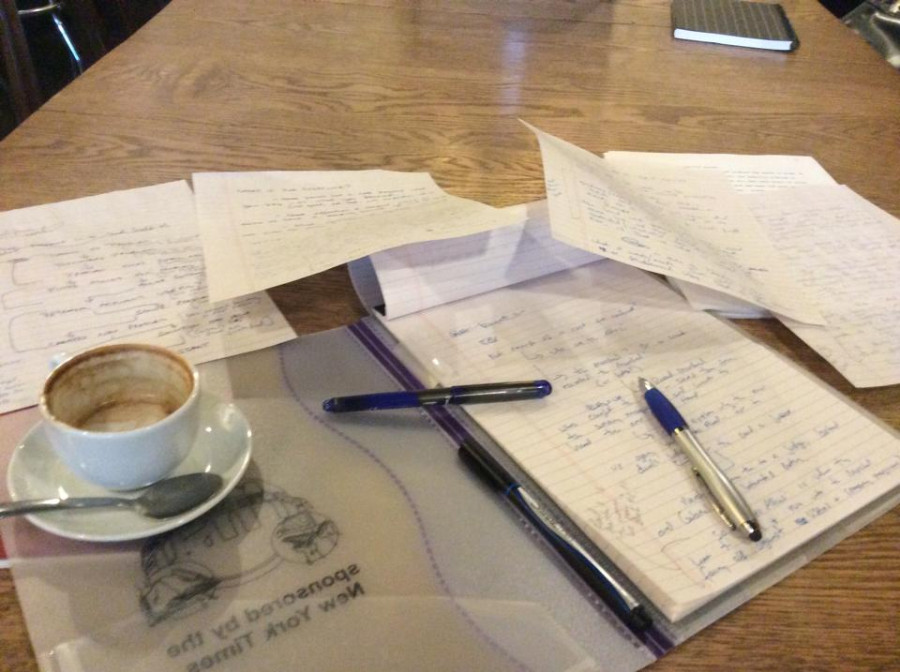 (not seen in photos: 6×9 notecards and post-its)

Typing is fine, but for serious replotting and rejiggering, you need paper and multicolored pens.Â So now, instead of a blank wall, a stubbed toe, and only a vague idea of what’s on the other side, I have actual blueprints, and a tool kit. Â And a stubbed toe.

If there’s a lesson here it’s two-fold. Â 1) Â if it feels wrong, it probably is. Â 2) if you don’t panic, don’t try to force things, the same gut instinct that told you it was wrong will give you the tools to figure out what’sÂ right.

And, as my twinling pointed out, this is exactly what happened with SILVER ON THE ROAD, in exactly the same spot. Â So I guess I know what to look forward to (hah) in book 3?