After the whirlwind of San Diego and San Francisco, where it was Too Warm but I got to see all sorts of friends new and old, and sign a lot of books, there was the whirlwind of New Hampshire and Another Anime Convention. Which was awesome in all sorts of ways I didn’t expect, and there were all sorts of awesome people there, and did I mention New Hampshire, where it was cold and there were snow flurries and massive swathes of gold and red and orange leaves?

Oh, and there was an Outing.

During Another Anime Convention, a small group of voice actors and writers were taken out on a cold, dark New Hampshire night, and turned loose into a haunted park.

This is the only photo that exists of that fateful night. 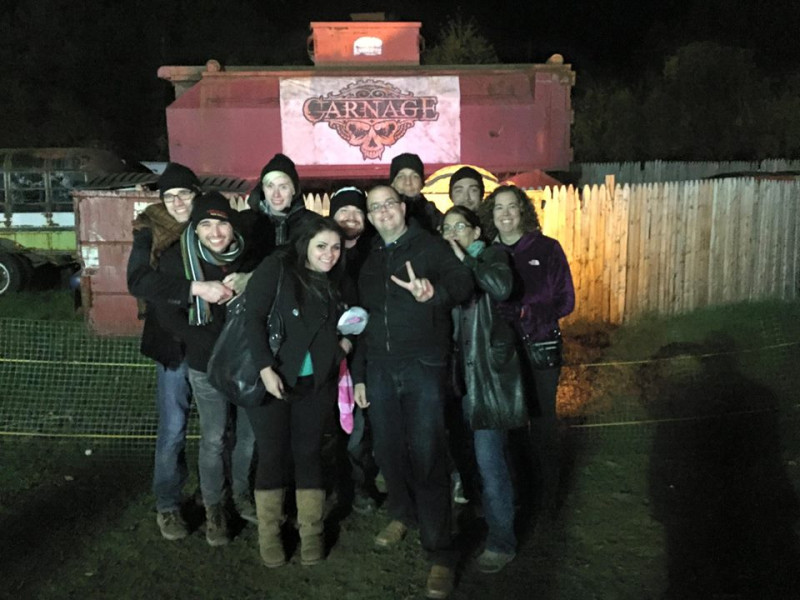 (they all made it home safely, and were revived Â with beer and cake)

And now I am home again, but the soft push on SILVER ON THE ROAD continues…..